Modellers of norwegian railways in H0 scale have a very good choice of high quality models of rolling stock to choose from.

Not so in N scale.

Genuine Norwegian models are almost non existent. Norwegian Railways up to about 1960 was divided in standard gauge (1435mm) and CAP gauge (1067mm). See my blog http://keknor-rena1900.blogspot.no/for CAP gauge in FiNe. There were also some minor 750mm and 600mm (industrial) gauge Railways. Typical of norwegian railways in the steam era, was lightly built rail and small locomotives despite of challenging routes through hills and mountains.

To capture this in N scale, scratchbuilding is the order of the day. The usual method of finding a mechanism from existing models and build a superstructure over it does not work so well because the Norwegian locos are generally smaller and more condensed than the bigger sisters in for example Germany. This is where the finescale aproach come in and make things a little easier. Smaller flanges and narrower wheels help keep the models nearer to the correct proportions.

The fiNe standard have a look here:

To build finescale in N of norwegian railways does not have to be all scratchbuilding. in standard gauge, many german goodswagons of older types, some passenger wagons, and a few locomotives was incorporated into the norwegian railways. Also Swedish rolling stock crossed the border often, and some were on loan for e period.

Here my intention is to show the results of testing the chassis on the track. Unfortunately the videos are reduced in resolution from the original made on Iphone 7. I have asked help in Blogger Forum on the 08.05.2017 , but no answer with a solution so far today, the 22.05.2017. The same videos can be seen in good resolution here dated 08.mai and 18.mai:

here is the bumps in the rail: 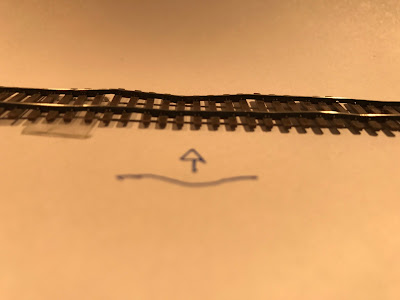 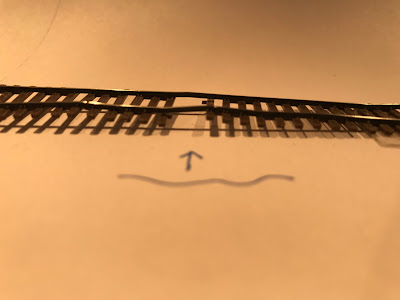 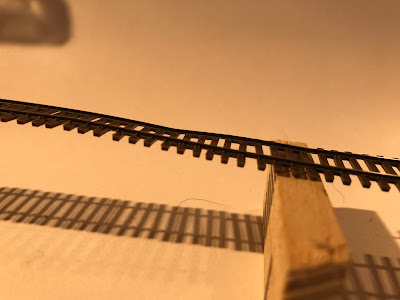 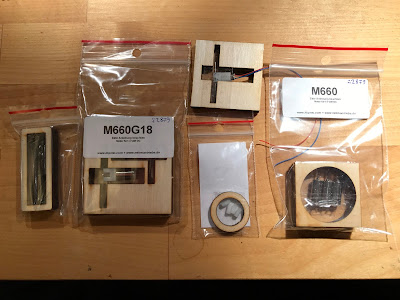 Last week I received a package form KK Producja. I was impressed not only about the fine products, but also of the very clever and safe packageing. First an envelope with inside air bubble plastic sheet.
Then a  wellpaper box, then platic bags for each part, and inside this a laser cut veneer made to fit the part, again wrapped in clear tape.

Also I had a very good contact/conversation with the firm in advance of the ordering/delivery. This firm have so many interesting products for us small scale modellers. Good to find they have improved in their earlier weak sides (in my experience), communication with the customers.


The aim of my first project here is :
Starting point is a N scale kit from Möllehems Gaardsproduktion in Sweden www.mollehem.se
The prototype design was made by Hilding Carlson in Sweden. I Norway we had three at NSB and one at the private Askim-Solbergfossbanen. The NSB railbuses was typically painted redbrown with a yellow stripe. The Solbergfoss railbus was painted silver. Today this one is preserved by NJK (the norwegian railway preservation group) http://www.njk.no/ 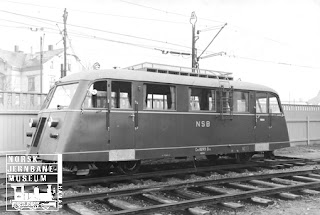 The kit has a quite nice plastic superstructure. The chassis is also cast in plastic with a Mashima motor and NEM wheels. I have not tested the chassis / drive because I wanted to try out some ideas about making a chassis in 3D printed metal and I wanted the finescale wheel standard. I also wanted to see how a 6mm dia motor behaved in this model and I wanted free see through windows. On top of that I wanted DCC + sound +light

So far I have designed a new splitframe chassis / drive  and got it printed in brass from Imaterialise  https://i.materialise.com/ . From Shapeways http://www.shapeways.com/ I have got printed in FXD (Frosted Extreme Detail) a two part pivot for one axle. Only the rigid axle will be driven. In POM I have turned muffs for the split axles and pins to connect the two chassis halves. So far this have worked out well.

Here is a picture of my .STL file for 3D print. It is massive for weight and split for good pickup of the current via the wheel axles. There is a circular room in the middle for the 6mm motor. Diameter is 6.4mm to make room for isolating the motor from the chassis. The small circular opening is for mounting a compensating device for the non driven axle.
This have now been adjusted to a rectangular hole by filing.

In the next picture I have included the two part
plastic chassis and the etched parts included in the kit.

This picture shows the two parts of the 3D printed chassis with all the nessessary cavities for the motor and the drive components. The rigid drive axle to the left and opening for the pivoted axle


On top is the loudspeaker from CT elektronik http://www.tran.at/ then the FS wheels turned in steel on my old unimat3 lathe. The 1mm dia axle is not separate, but turned integral with the wheel. It gives a wobblefree wheel. Between the frames is a 6x12mm motor from Mikroantriebe with worm (1:18) The white bands are turned from POM plast on my lathe, 0.2mm thick. The decoder is from CT but will be replaced by a CT sounddecoder. Under the frames : The two taps to assembe the frames are turned POM and the two part pivot for one axle 3D printed from FXD

The wheels preliminary mounted with muffs turned from POM and the gearwheel pressfitted on.

keknor
I grew up at Rjukan, then living in Asker and Oslo since 1964